Tutor: We’re very pleased to welcome Professor Isaac Nebworth to our tutorial group today and he’s come to share one of his pet passions with us – City traffic and our western dependence on the motor car. I believe questions are quite welcome throughout.
Professor: Thank you. Well, I know you’re all very familiar with the super highway here in Melbourne. But do super highways automatically lead to super wealth, as our politicians would have us believe? I think not.
Tutor: Can you give us an example of what you mean exactly?
Professor: Sure. Well, by continuing to encourage this dependence on the motor car, (21) we simply create more congestion and more urban sprawl.  And you can see that here in Melbourne right under your nose.
Student: Excuse me. I would just like to say that I feel the sprawl is part of the city. (22) The freeways mean people can enjoy the benefits of living away from the centre, on larger blocks with gardens, but still be able to drive back into the city centre for work or entertainment.
Professor: Well I’m not convinced that people want to do that. And is our money being well spent? It may be OK for you now but come back to me in five years’ time! Let’s take City Link, for example, the new freeway here in Melbourne.
Student: Well, I use the freeway all the time. I think it’s great.
Professor: Ah yes, but it cost 2 billion dollars to build, and you could have gotten ten times the value by putting the money into public transport. (23) If you give the automobile road space, it will fill that space, and you’ll soon find you’ll be crawling along your City Link.
Tutor: But surely, you cannot simply blame the car. Some of the blame must rest with governments and city planners?
Student: Well there is an argument, surely, that (24) building good roads is actually beneficial because most new cars these days are highly efficient – they use far less petrol than in the past and emissions of dangerous gases are low. Old congested roads, on the other hand, encourage traffic to move slowly and it’s the stationary cars that cause the pollution and smog, whereas good roads increase traffic speeds and thus the amount of time cars are actually on the roads.
Professor: Well… this is the old argument put forward by the road lobby but, for me it’s clear cut. Roads equal cars which equal smog. Public transport is the way to go.
Tutor: Now, on that topic of public transport, I read somewhere recently that Australia isn’t doing too badly in the challenge to increase the use of public transport.
Professor: Better than America, granted, but by comparison with Canada, it’s not so good. For instance, if you compare Toronto with the US metropolis of Detroit only 160 kilometres away, in Detroit only 1% of passenger travel is by public transport whereas in Toronto it’s 24% which is considerably better than (25) Sydney which can only boast 16%.
Tutor: Well I think it’s encouraging that our least car- dependent city is actually our largest city. 16% of trips being taken on public transport in Sydney, isn’t too bad.
Professor: But it’s a long way behind Europe. Take both London and Paris for instance, where 30% of all trips taken are on public transport.
Tutor: Well, they do both have an excellent underground system.
Professor: (26) And Frankfurt comes in higher still at 32%.
Tutor: I understand that they’ve been very successful in Copenhagen at ridding the city of the car. Can you tell us anything about that experiment?
Professor: Yes indeed. Copenhagen is a wonderful example of a city that has learnt to live without the motor car. Back in the 1960s they adopted a number of policies designed to draw people back into the city. For instance (27) they paid musicians and artists to perform in the streets. They also built cycle lanes and now 30% of the inhabitants of Copenhagen use a bicycle to go to work. Sydney by comparison can only boast 1% of the population cycling to work.
Student: It could have something to do with all the hills!
Professor: Then they banned cars from many parts of the city and (28) every year 3% of the city parking is removed and by constantly reducing parking they’ve created public spaces and clean air.
Student: Really!
Professor: There are also freely available bicycles which you can hire for practically nothing. And of course, they have an excellent public transport system.
Student: Well, that’s all very well for Copenhagen. But I’d just like to say that some cities are just too large for a decent public transport system to work well. Particularly in areas with low population, because (29) if there aren’t many people using the service then they don’t schedule enough buses or trains for that route.
Professor: I accept that there is a vicious circle here but people do need to support the system.
Student: And secondly (30) the whole process takes so long because usually you have to change, you know, from bus to train – that sort of thing , and that can be quite difficult. Ultimately it’s much easier to jump in your car. And often it turns out to be cheaper.
Professor: Sure, but cheaper for whom, you or society? We have to work towards the ideal and not give in all the time because things are too difficult. Anyway, let's move on to some of the results of the survey. 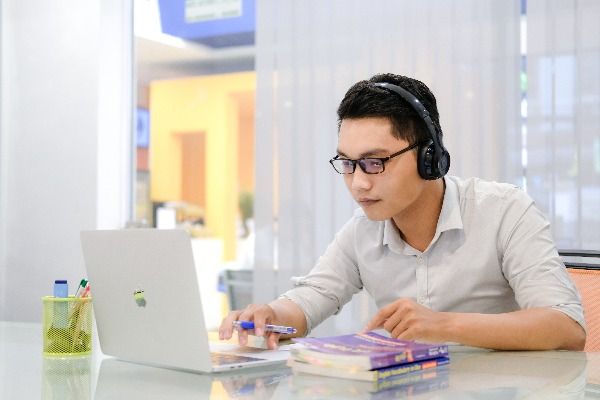